Once we as a family, built a house in Cincinnati Ohio. There is a song from the US 1930’s the time of the great depression (once I build a railroad, made it run on time, Brother can you spare a dime). With the impending birth of twins, our first house on Schaffer Avenue wasn’t going to be large enough. We would have had to have four people per bedroom in the house. We tried to buy another house just down the road but were unable to sell the first house.

So we started to build a house, to our specifications. It was not, a grand house a massive mansion on the hill. It was big enough for our growing family. My daughter had her room. The boys would have their room and for the first time in a house, we a guest room. My wife’s parents were the first guests to use the room. It took all summer to build that house. Although we didn’t do any of the work, just watched the house being built! 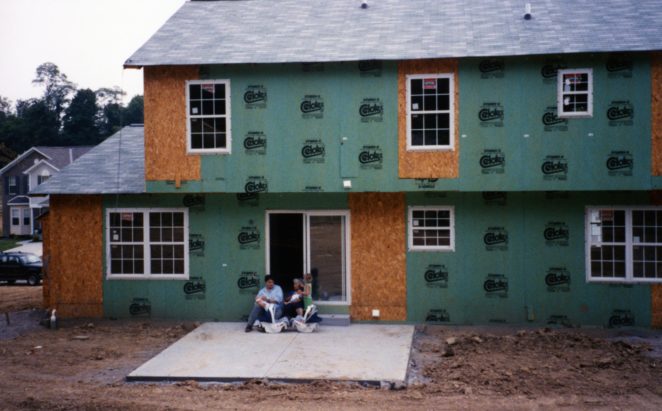 We had a laundry room off the master bedroom (costing us a walk-in closet, but worth it). We had a two car garage; our first house did not have a garage. My wife expressed her desire for a garage very clearly. I am sick, she said, of scraping ice off the car for 20 minutes in the winter. I couldn’t blame her; I was also.  Plus, parking on the street our Ford Explorer had been hit twice by other cars. Once a hit and run, no notice just a damaged car that was no longer drivable. The police never got that person. The second time our car got hit, it was well a long and interesting story for another day!