I wrote about the restored canal near us, the C&O canal (it is less than 4 miles from our house. Well, the closest part of the canal is 4 miles. There are many other restored sections of the canal that are much further away than 4 miles. Another historically significant place near us is also near the C&O canal and is called Cabin John. It is an unincorporated area this means there is no city government. Cabin John is managed by Montgomery County.

The name, Cabin John is a mystery, and there are many theories. I suspect like the many other places around us; it is lost now to time. Unless someone wrote it down, stuck in it a water-protected lockbox and buried it for later generations to discover. That might be a great practical joke to play in the future world. Bury a bunch of boxes with explanations for things that isn’t right. When they are dug up later, it will drive people nuts. Which of these things Is not like the other! 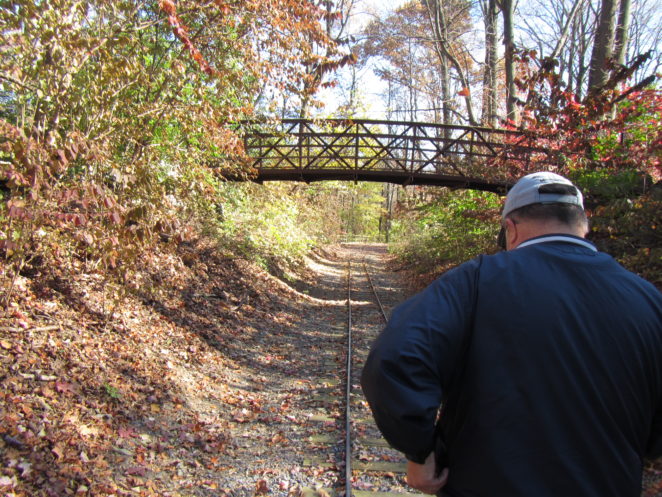 Cabin John is future down the C&O Canal and has restored trails, and in the area, we like to visit, a wonderful dog park. There is a small county park with a rail car and a bunch of fun walking trails. My dog and I are huge fans of any place that has walking trails! Anything along the C&O canal is fine with my dog. There are lots of rabbits, and of course the hated squirrel. Any squirrel, it doesn’t matter if that squirrel has done or said something to my dog, he just hates all squirrels. I sometimes wonder if squirrels are the cats of the tree world? My dog reacts the same for both, less so for rabbits. He still would like to, well invite a rabbit over for dinner, but not as vehemently as he would a cat or a squirrel!