Sometimes you have to look back to see what is coming.

The river flows across the state of Wisconsin. It was once, the lifeblood of goods going towards New Orleans. Overland was the route to Lake Michigan. But the river flows to mighty Mississippi and then to New Orleans.  Wisconsin’s River named the Wisconsin River, Minnesota’s river named the Red River. All are flowing to form the giant basin that is the Mississippi River. In the time around the 1840s when the river was the only way to New Orleans that Dells was less a stop and more a tiny city, you waved to as you floated by. These were not powered ships, that was to come later with the invention of steam engines and the passage of time. These were floating rafts. 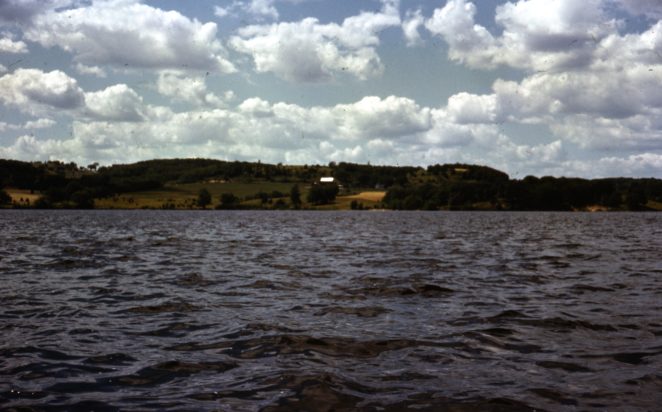 Wooden boats with a low draft. Mace to float the river from Wisconsin to New Orleans filled with farm products. It was in the 1880s that Scandinavian Immigrants, seeking a new life in a new land began to fill Door Country Wisconsin. They began wandering the trails left by the First People. Seeking a better life, they filled the land with small farms and having uprooted families changed their names. From Andresen with umlauts’ to Andersen with no emphasis on anything other than I spell my last name with an e. It matters you see, Anderson given to those from Sweden. Andersen is given to those from Denmark. Perhaps an Ellis Island tribute to the great writer Hans Christian Andersen. Or simply that umlauts don’t fit in the land that doesn’t use them: America, Umlaut free since 1776.

Two activities that those floating down the river in a boat laden with farm goods as well in the pictures today. In the 1840s people didn’t swim along the boat. They might have, once a week or possibly more often jumped out as a bath. Later with the changes in the world, the river became more of a place to stop and swim. The Dells, once a 20-minute waveform a riverboat heading to New Orleans or destinations along the river became a destination. Tommy Bartlett created his water show. The amusement park opened at the site of the fort that once protected the river. Aptly named Fort Dells. The river continued to flow, continued to carve the rocks. Tourists oohed and ahhed to see what nature had created. All captured in pictures taken by my father.