Today in the US is National Puppy Day. (this blog is published 3 days in arrears), Our puppies are a little older. They are both Lab Rescues. The Lab Rescue of Maryland and Virginia to be exact. They have been together, the two of them for five years in just two weeks. Raven joined our family in April 2014. Dylan joined our family in June 2012. In between the arrival of Raven, we still had Fran who passed away in March 2014. 2014 was a bad year for our family. But today is a celebration day. In the spring of 2014, we decided to get a second dog. Fran was older and had a leg injury (torn ACL) that limited her ability to walk. I wanted a dog that could go on walks with me, so I didn’t have to walk alone. 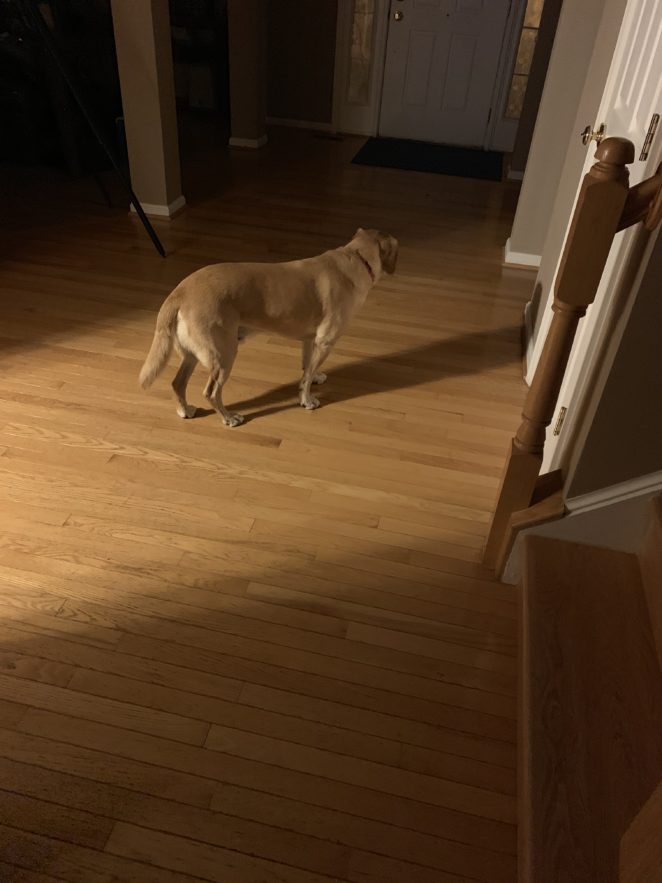 As happened with the adoption of Fran, My daughter and I spent some time thinking, researching and selecting a dog. It was my daughter who said: “we should adopt a rescue dog.” We met with the LRMV folks; they decided that we were worthy of a second dog. It was interesting we filled out a survey and had a home visit before we were allowed to adopt a new pal. We went through the same process when we got Raven two years later. Then we started working with a coordinator to find the right dog. It was in late m May of 2012 that we were informed that there was a possible dog for our family, would we be interested. We had originally said, female, but the dog they found was male.

We drove down to Richmond, and Dylan joined our family. He is a lab mix, with some hound other than Lab in his background. He doesn’t bark, the bays. Richmond VA is roughly 2 hours away from DC, and nearly 3 hours from Maryland. We ended up going to the house where Dylan was with Fran. Fran never liked Dylan. But she tolerated him. We picked Dylan up and drove home. Raven was also picked in Richmond VA. She was on the east side of Richmond, Dylan was on the West Side. Where Fran never liked Dylan, Raven and Dylan were besties from the first moment they met. Raven also picked the Twins as her people. So today we celebrate the graduated puppies in our house!